Anyone who’s been around internet marketing for a while is familiar with the concepts of “scarcity” and “social proof”.

Here’s an example of these two concepts in action:

Frank Kern is launching Mass Control 13.0! Dude, EVERYBODY is buying this product! You better get it quick, because there are only 13 copies left!”

Note the claims that “EVERYBODY is buying this product” (social proof), and “there are only 13 copies left” (scarcity).

What a lot of internet marketers don’t know is that these two tactics come from a classic marketing text by Dr. Robert Cialdini.

Cialdini’s book (Influence: The Psychology of Persuasion) has a lot more good stuff than just those two tactics, so I’ve decided to post a summary of it. I highly recommend you read the book – it’s chock full of awesome examples of psychological principles in action. But in the meantime, check out my summary below.

Summary of Influence: The Psychology of Persuasion

In this book, Dr. Robert Cialdini outlines six “principles of persuasion” that can be used to influence behaviour.

He came up with these principles from a review of academic studies on behaviour, along with his own empirical study over a three year period. During that period, he trained in a variety of sales-oriented industries, such as car sales, fundraising, etc. He observed the behaviour of “compliance professionals” (as he calls them), and combined these observations with the conclusions of academic experiments in psychology.

The six principles of persuasion are:

Key Points from the Book

The six principles of persuasion are as follows:

Several tactics can be used to obtain commitment:

a. Foot-in-the-door technique. Startwith a small request “in order to gain eventual compliance with related larger requests”. Getting people to make small changes to their behaviour will not only put them on a track to larger requests because they want to be seen as consistent, it will do so also because a change in a person’s behaviour also changes their self-image.

c. Public commitment. When a person makes a commitment to others, they will want to keep that commitment to ensure that they are viewed as “consistent” by others.

Conditions under which social proof can most strongly affect behaviour include:

a. Situations of extreme uncertainty (i.e. when a person has no idea what is going on)

b. Similarity. Social proof works very powerfully in influencing behaviour when we are “observing the behavior of people just like us”.

a. Physical attractiveness. People who are physically attractive also enjoy the “halo effect”, in which people think that because they’re attractive, they are also more intelligent, kind, etc.

b. Similarity. We like people who are similar to ourselves (in dress, age, expressed background and interests, etc.)

c. Familiarity. We like things that are familiar to us.

d. Cooperation. When someone works with you to achieve a shared goal, you like them more.

e. Compliments. People who give compliments are more liked.

f. Association. People who are associated with good/positive people, events, etc. are more likely to be liked (e.g. it’s the “don’t kill the messenger” phenomenon. A weatherman can be disliked simply because he predicts bad weather).

g. Appearance of Truthfulness. A real-life example of this is when bloggers will review a product by first mentioning its faults. They then talk up the benefits of the product (which they claim outweigh the product’s negatives), and end with an endorsement.

h. Primary Interest. This is when someone seems to be arguing against their own best interests in favour of yours (i.e. they’re “on your side”).

Symbols that can trigger compliance in the absence of real authority:

Cialdini also states that in an increasingly complex world, people are faced with more and more information with which to make decisions. To deal with this amount of information, “when making a decision, we will less frequently enjoy the luxury of a fully-considered analysis of the total situation, but will revert increasingly to a focus on a single, usually reliable feature of it.”

Get My FREE Step-by-Step Guide on How to Find a Profitable Online Niche! 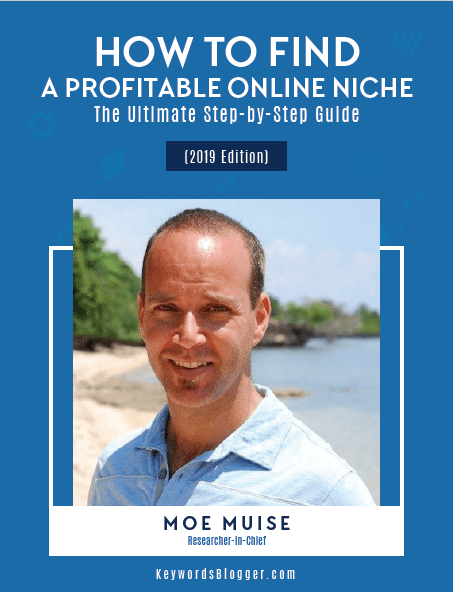