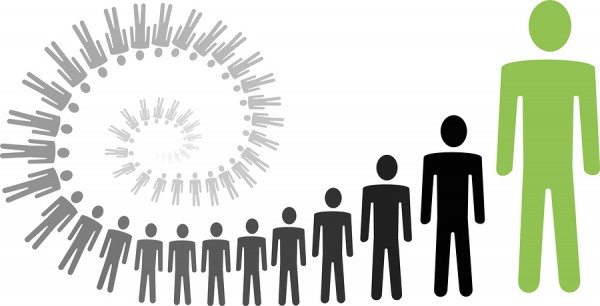 Did you notice all the “here are my 2011 goals” blog posts flying around last month?

I sure did – they seemed to be everywhere. And for the past month I’ve been putting off setting my own goals for 2011. For some reason, the idea of “goals” just doesn’t sit right with me.

For the past while I’ve assumed it was just me who thought like this – until I picked up my (well-read) copy of the 4 Hour Work Week yesterday and reviewed chapter 1 on “Definition” – the chapter in which Tim Ferriss argues that the questions “What do I want?” and “What are my goals?” are far too broad to be useful.

What Tim recommends, instead of asking yourself those two incredibly vague questions, is to pose this simple question: “What excites me?” Tim includes this question in a process that he calls dreamlining.

For me, this question hits the nail on the head – because it’s far easier to define what excites us. By planning our future by focusing on what excites us, we’re also more likely to achieve happiness than focusing on “goals” – and there’s scientific proof to back up my claim. Allow me to explain.

Why Setting Goals Doesn’t Work
In his book “Stumbling on Happiness“, psychologist Daniel Gilbert describes one fundamental problem with planning for the future: when we actually get there, it’s never the same as we imagined it would be. The reason is that we (human beings) are terrible at predicting what we’ll feel like in a particular situation in the future – partly because we tend to idealize the future (“I just know everything will be great if I just get ___!”).

The reality is that even when we do get X, it often doesn’t feel as good as we thought it would. (On the other hand, when we make a discovery or get a gift unexpectedly, we feel great.)

Try this little mental test to bring this point home: reflect back on the days when you were a university student, or just starting off in the workforce. You probably had less money and fewer material goods that you do now, but were you a lot less happy than you are today? Probably not – even though back in those days you probably said, “If only I had a house and a car and X and Y and Z, I’d be much happier”.

My point is this: if you’re struggling with setting goals for 2011, concentrate instead on making a list of activities that excite you.

Here’s the great thing about taking that approach, rather than trying to pick goals out of the air: by making a list of things that excite you, you’ll also be identifying the areas of your online business that you’re best suited to work on.

Because your list of things that excite you will probably include some activities that overlap with your online business.

So Dan Gilbert’s book, and Tim Ferriss’ idea of asking ourself “What excites me?” has caused me to think about the future in a profoundly different way. Now, instead of starting with an income goal, I’ve made a list of all the activities that excite me. Here are a few items from my personal list (don’t laugh, I’m exposing myself here!):

After coming up with that list, I probed within myself even deeper (not literally, of course – that’s disgusting). What was it I enjoyed about each of these activities? With surfing and snowboarding it’s the physical adrenalin and being in beautiful surroundings: with traveling it’s the excitement that comes with change; with foreign cultures and politics it’s the intellectual stimulation; and with survey data analysis it’s the excitement of gaining insight into people’s lives from faceless numbers.

Implicit in the dreamlining concept is to envision what your “ideal life” would look like. I prefer to think of this in terms of what I would do in my “ideal month” (because a single day is too limiting), and throw a bunch of activities in there.

So here are some of the things I’ve come up with for my ideal month. I would spend time:

– Surfing with my two sons

– Snowboarding (also with my boys)

– Analyzing the data from niche research projects (then handing that analysis off to my virtual team to have a product developed, website set up, etc.)

– Planning trips (“mini-retirements” that I would take with my family every three months).

– Overseeing my virtual team, who are handling all of the components of my business except the data analysis component (which I’m doing)

– Advising non-profits on how to increase their revenue

Another great thing about building a plan around activities that excite us is that they’re just as measurable as regular goals (and we all know that “what gets measured gets managed”).

By reflecting on my experiences over the past year, and looking at where I am right now with my online business, I know that I’m part-way toward achieving my dreamline. Last year I took three trips with my family, and did a fair bit of snowboarding – but I didn’t do nearly as much surfing as I wanted to (gee, I wonder if living inland had anything to do with that :(. I’ve also moved much closer to where I want to be with my online business, systematizing the SEO, PPC, and content-generation components of the business (next up: systematizing niche research and product development).

So, what do you think of the idea of dreamlining and focusing on exciting activities, instead of “goals”?

Find a Niche for Profit AND Passion: Advice from 45 Top Bloggers

KWBlogger Podcast #2: Get the Scoop on Clickbank with Super Affiliate Miles Baker

KWBlogger Podcast #1: Jump on the Traffic Accelerator with Rob Cornish of GainHigherGround.com!